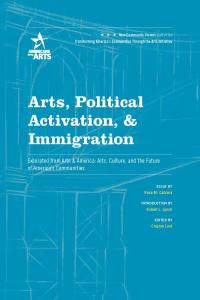 Excerpted from Arts & America: Arts, Culture, and the Future of America’s Communities. This essay looks at the role of arts in political activism and immigration over the next 10 to 15 years. The full book of essays can be purchased in Americans for the Arts online store.

This essay looks at changes in the meaning of citizenship and political activation of individuals, particularly through the lens of immigration issues, and the role that the arts may play in positively impacting those changes over the next 10–15 years. In particular, this essay proposes the following trends and associated arts interventions:

Name: Americans for the Arts